The Eurosport journalist shares her advice for making it in the industry.

Orla Chennaoui is a multilingual TV sports presenter, host and journalist with over 18 years of experience working in both hard news and sport. She's currently Cycling Presenter at Eurosport UK and has presented on location from nine Tours de France, two Giros d'Italia, two Olympic Games (London and Rio) and one Commonwealth Games (Glasgow). She has anchored on Sky Sports News and Sky Sports rugby and cycling coverage and co-hosts a monthly cycling podcast, The Cycling Podcast Feminin. In 2018 Orla launched her own podcast 'When Orla Met...': a conversation with people from the world of sport, about sport.

What made you want to become a sports presenter?

I’ve always been hugely into sport. As a kid, I was obsessed with athletics and loved the triple jump and hurdles. I got to a decent level, winning the All-Ireland a few times as a junior and representing Northern Ireland, but I was really just into all sports. Gaelic football, football, rugby, I loved it all. Funnily, given where my career would later take me, I didn’t have much exposure to cycling, other than being aware of Sean Kelly and Stephen Roche as the Irish heroes who were winning these huge races. As for how I got into sports journalism, I’d wanted to be a journalist for as long as I can remember. Well, either that or an Olympian! I did a masters after my law degree and worked up through newspapers, local radio and local TV in different places in Scotland and England until I got the job as News Correspondent at Sky News. When London won the right to stage the 2012 Games they decided to advertise for an Olympics correspondent, and it suddenly made sense to me, that was what I was supposed to do. So I applied, got it, and have never looked back since!

I’m quite sure this is the case of most working mums, or indeed, anyone at all in journalism, but there is quite simply no such thing as a typical day! I have two children, one four-years-old, and the other still a baby, so everything revolves around them first and foremost. Between school runs, after-school clubs and cleaning up baby sick, I try to juggle two podcasts, a film/tv production company that I’ve been involved in setting up, several print articles that I’ll have on the go at any given time, and research for any upcoming presenting jobs.

It’s much easier from a work perspective when I’m actually on a job, be it the Vuelta a Espana for Eurosport, The Women’s Tour for The Cycling Podcast Feminin, or the upcoming Tour de France, because then I can be entirely selfish and put my work priorities first. When I’m at home I’ve been known to sit up beyond midnight to do interviews on the phone for an article or podcast, just so that I can get some peace and quiet! Of course, the flip side of having to go away to work is that it is incredibly difficult to leave my children and husband! It breaks my heart every time, but I know that’s the price I have to pay for the wonderful job I get to do.

Why are women crucial to the continued success of sports journalism the sports sector in general?

If women turn on a TV and see only men discussing sport, it’s easy to feel excluded, to feel that this is not an arena for them. The vast majority of viewing and consuming sports fans are still men, though my friends and I do a good job of bucking that trend in our peer groups! Attracting more female viewers is a logical way of increasing the audience base, and part of doing that is having women involved in the discussion on screen.

As to why women are crucial to the sports sector in general, if we are important to society, we are important to sport. This works in two ways I think. Firstly, it helps dilute the intensity of the ‘boys’ club’ attitude that we see in certain sports, where a misogynistic attitude can, and has, led to a shocking disrespect of women. I would ask anyone with a daughter if they’d like to hear her spoken about in the way we sometimes hear with regards to female referees, footballers’ wives, or just women in general. It’s not healthy for society.

The other way in which it matters is precisely for those little girls. I was privileged I think to have had a sporty childhood. It burned up all my energy, kept me out of mischief, and helped me think I was on a level with all the boys because we trained together and were part of the same team. It gave me confidence in life, both physical and mental, that has stood me in good stead for the years since, and it helped me become aware of my body as a physical tool. These are all hugely important lessons for girls in particular. If we don’t see women competing at the top level, and talking about sport at the top level, again our girls can feel this isn’t something for them. Visibility is everything.

Who is your female inspiration in the field of sports?

I had inspirations growing up, based on my athletic obsession at the time, Sally Gunnel, and Sonia O’Sullivan for example. Today I would say I have three: Judy Murray, Dina Asher-Smith and Lizzie Deignan. I’ve been lucky enough to interview each of them for my podcast, and each of them blows me away for different reasons. Judy primarily because of how she’s brought up her sons taught them responsibility from a young age, never wrapped them in cotton wool and worked her backside off for their success. I picked up little tips from my interview with her that I went home and implanted straight away with my daughter! Also, the way she handled years of media criticism for being a ‘pushy mum’ and has come through the other side with class and dignity, is truly inspiring. Dina is an inspiration not only because of her prowess and grace on the athletics track but for her refusal to set boundaries for herself. She’s constantly pushing herself in terms of fashion and is a wonderful representation of how strength and intellect can be beautiful and sexy, and that they don’t have to be mutually exclusive.

Lizzie I think is an inspiration to all mothers, especially those living through that phase just after giving birth, when you wonder if you’ll ever get any of your old life back again. To compete as an elite athlete takes such dedication and commitment, to do that when you’ve got a tiny baby, and all the logistics, sleepless night and hormones that come with that, is just incredible. I’m always looking out for other mums I can take inspiration from. Clearly, I’ll never be a champion cyclist, but she makes me feel maybe I can manage my own crazy juggle after all!

Are you working on anything exciting at the moment that you’d like to share with our readers?

The most exciting thing for me this year is presenting the cycling coverage for Eurosport. I’ve been involved in cycling now for a decade, and this will be my 10th Tour de France. I have developed such a passion and love for the sport, for the brutality of it, the mental toughness, the beauty of the backdrops and the noise and colour of the fans, and to be given this opportunity is something of a dream come true.

I’m also working on a number of projects with The Cycling Podcast, which I’m very excited about. One is in women’s cycling, and the other is our film debut where we’re hopefully telling a very human story about the beauty of the sport. That will be out later this year. I have an athletics project at the end of the year that I can’t say too much about but, needless to say, for a year that was supposed to be spent on maternity leave, it hasn’t quite worked out that way!

Why have you decided to get involved with the Women in Sport Summit?

I think it’s essential to bring women together who work in sport so that we can all learn best practice from each other, and benefit from others’ experience. We often talk wistfully about the day when we no longer ‘need’ women-only summits, but for now, we certainly do. I also feel that because we work in a male-dominated industry, we can easily become swayed by that, and alter our behaviour either to be more like the guys or to act in a way they seem to expect. By coming together, I think we find that we can do it our way, and that’s also ok. That way we can help shape the important discussions in sport, rather than just be witnesses to them.

What are you most looking forward to on the day?

I’m just looking forward to meeting as many women as possible and hearing their stories. The beauty of an event like this is that you always come across a talk that surprises you in some way, either because it covers a topic you hadn’t thought of before, or because you find parallels with your experience that you hadn’t expected. I’m looking forward to being inspired by surprises.

What advice would you give to women who want to pursue a career in sport or sports journalism?

Don’t take shortcuts. That would probably be my advice to any aspiring sports journalist, but unfortunately, women are still held to different standards, so it matters more so. We still often have to prove ourselves more than men, so we can’t afford to do things by halves. That can also work to our advantage, however. No-one’s career will suffer from doing the hard yards with the basics. I learned my trade in newspapers, radio, and television and learned the art of news journalism before moving to sport.

All of those experiences have stood me in remarkably good stead. While it’s easy these days to self-publish or to list journalism in your bio on Twitter or Instagram, nothing can replace working under the watchful eye of a good editor in a newsroom for refining and improving your craft. Another thing I would say is, take it seriously. Sport is great fun, and it should be, but being a good sports journalist means caring about it enough to elevate our experience of it, to make it matter. The final thing is, ask for constructive criticism, and take it! Learn to be your own harshest critic. It’s the only way to get better.

What three qualities do you need to secure a top job in the sports journalism field?

Dedication, tenacity and passion. If you have a thick skin, it helps. If you don’t you’ll soon learn to develop one, or move onto something else!

Orla will be speaking at The Women in Sport Summit on 19th June. Click here to register. 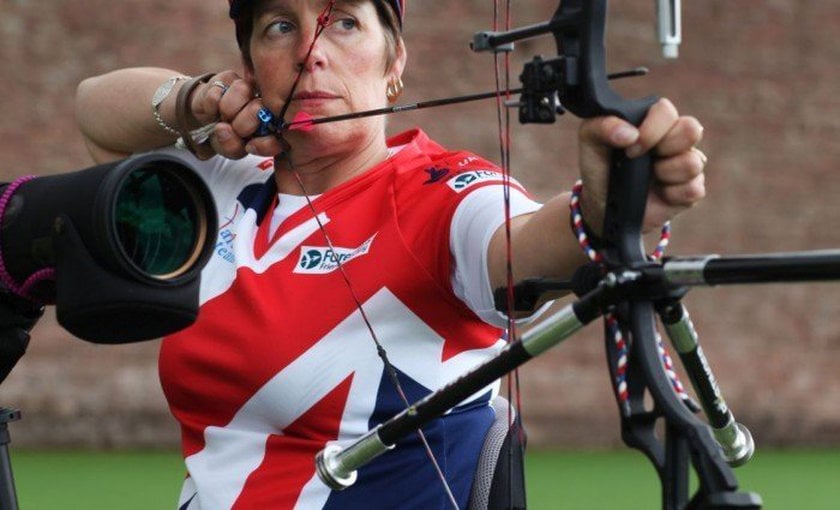 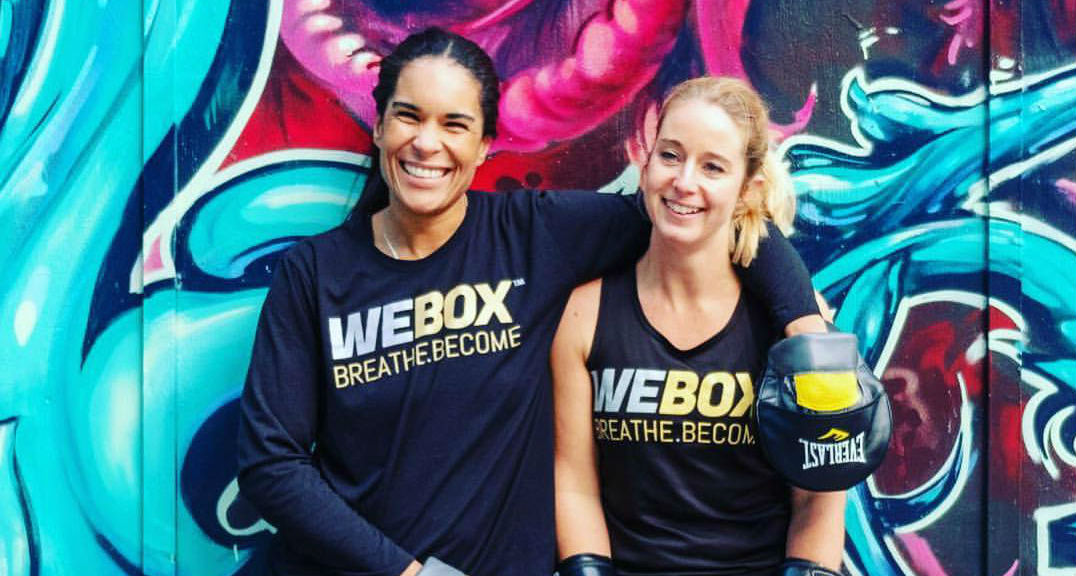 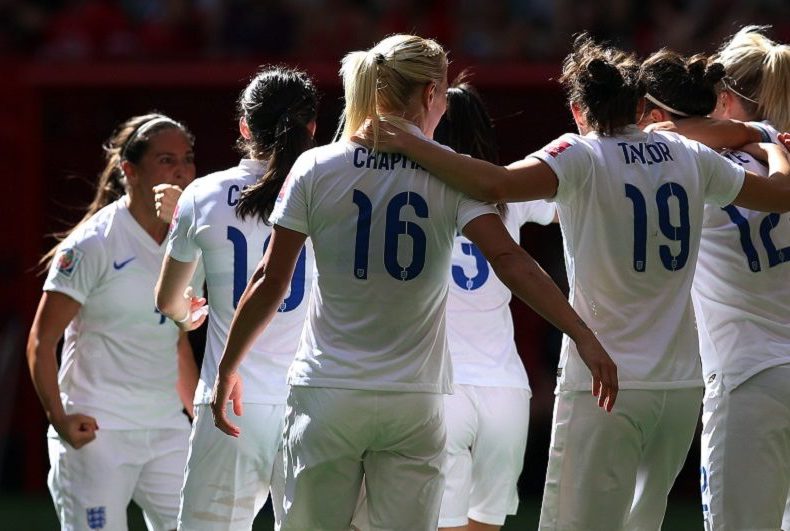